Law prohibiting the use of styrofoam signed in Costa Rica

Inicio
Comunicados
<![CDATA[<p>President Carlos Alvarado, alongside the Minister for Environment and Energy, Carlos Manuel Rodríguez and the Minister of Health, Daniel Salas, signed into law the reform of the Law for the Integral Management of Waste, during a ceremony that took place this Monday morning in the Centro Nacional de la Cultura (CENAC). Members of the Legislative Assembly and representatives of the Diplomatic Corps were also present in this activity.

This Law enacts the prohibition of the import into national territory, the commercialization and the delivery of polyethylene containers, better known as styrofoam, in any commercial establishment.

Styrofoam is a very common material used by the food industry in packaging, mainly because of its lightness, hygiene, and low production cost. It is heat and humidity resistant, doesn’t absorb water and doesn’t rot, as such it can’t be degraded into the environment.

The biggest health concern regarding polystyrene is styrene, its main component. Those who are exposed to styrene during its production tend to develop irritation on their skin, eyes, upper respiratory tract and gastrointestinal effects. They can also damage human health as they come into contact with food and beverages.

The prohibition will begin 24 months after the law’s entry into force. During this period, the Government will promote and encourage the reconversion of industries that work in the import and manufacture of containers or packaging made of expanded polystyrene, encouraging the development of more environmentally friendly alternatives, through aides from the Development Banking System and state commercial banking.

In the 6 months following the amendment’s entry into force, the Ministry of Health shall include in the National Policy and Action Plan on Waste Management, a national plant to incentivize the gradual substitution of polystyrene containers and packing for different materials.

This action plan will include an awareness component, targeting industries, businesses, and the population, addressing the need for this change, as well as establishing incentives and informing and educating consumers about the impact that polystyrene products have on the environment and about existing alternatives.

President Alvarado said it was necessary to make a change “in our minds but also in our actions. Today we have proved to Costa Rica that we will fight to safeguard its fundamental rights, such as the right to health, and at the same time we are sending a clear message that these actions evidence this Administration’s compromise to achieve the decarbonization of our economy.”

The Minister for Environment and Energy, Carlos Manuel Rodríguez, said that this ban is one more step into the fulfillment of the Sustainable Development Goals, the National Decarbonization Plan and the Strategy for the Substitution of Single Use Plastics. “The new international narrative guides us towards more sustainable consumption and production patterns that allow us to protect and conserve our natural capital and create benefits for everyone.”

Haydée Rodríguez, Viceminister for Water and Oceans said that expanded polystyrene is one of the largest pollutants of our rivers and oceans, remaining for years in our ecosystems, damaging our wildlife, such as turtles, fish and other animals that think of it as food. “Only with clean and healthy rivers and oceans, we will be able to face the climate crisis and guarantee a healthy quality of life to our coastal communities”.

Finally, Daniel Salas, Minister of Health indicated that in Costa Rica there are very few alternatives for the management of expanded polystyrene, which is why the majority of this waste ends up in landfills, or in worst cases, in the environment. “It’s a material that can’t be reutilized. This is why this ban on import and commercialization is so important, as it will reduce the pollution caused by this type of waste”.

The new amendment provides an exemption for those cases where there isn’t any environmentally viable use of alternative materials to guarantee product conservation and protection, as well as for household appliances packaging and industrial use. 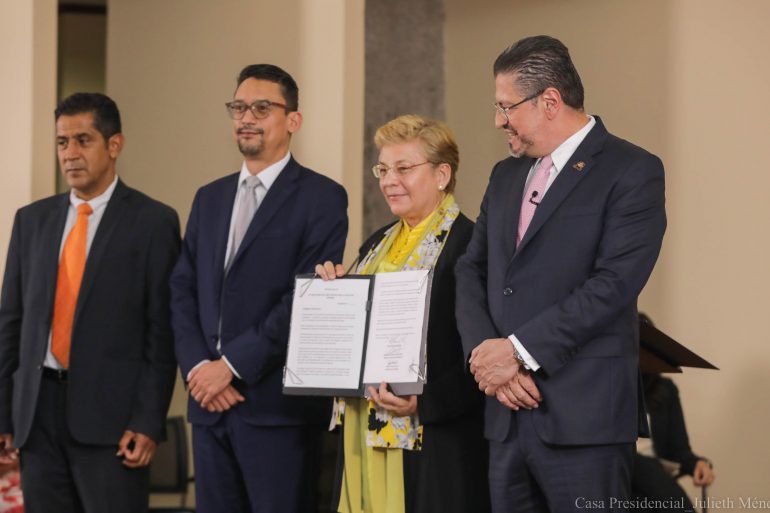 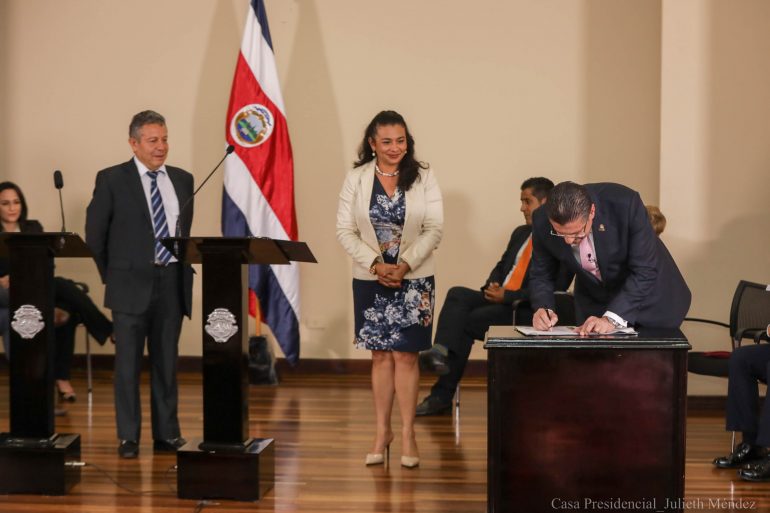 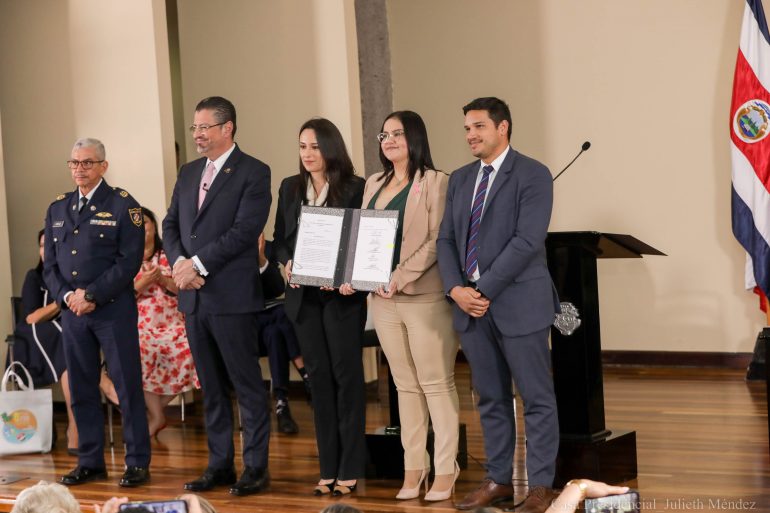